Caring for the Lost and Found

If ever there was an opportune time for believers to both understand Islam for the purpose of reaching out with the love of Jesus, as well as caring for missionary workers currently on the field, it is now.

END_OF_DOCUMENT_TOKEN_TO_BE_REPLACED

It’s Cheap, Local, and For You!

This spring we have three ConneXion events that are designed to help you, and your friends, be more effective in your natural spheres of influence, and yes, they’re totally for you:

END_OF_DOCUMENT_TOKEN_TO_BE_REPLACED

“I Could Totally Do That!”

If you just attended the recent Mission ConneXion Northwest 2015 “Barriers and Breakthroughs” event, you know those attending the many workshops, plenary sessions, and Exhibits were encouraged to follow the call of God on their life, and to support others who have made that commitment.  Many stories are emerging of what the Lord did this year. One story that surfaced actually began 2 years ago – at our 2013 event.

Betsy Rouse, had just returned from a year of serving as a journalist with Operation Mobilization in the UK when she was interviewed on the main stage. Megan Peet was a seventeen-year old high school student who had always loved stories, and writing. As Betsy shared about the need for writers on the field, Megan’s interest began to peak. “I could totally do that!” Megan thought to herself, as did her parents sitting nearby.

END_OF_DOCUMENT_TOKEN_TO_BE_REPLACED

As we count down the final days and hours before Mission ConneXionNorthwest Jan. 16-17, 2015, I’d like to ask you for your help… 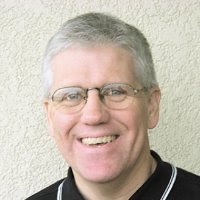 2. Please re-share our posts on Twitter and Facebook to help get the word out about our 2015 event.

END_OF_DOCUMENT_TOKEN_TO_BE_REPLACED

What Are You Waiting For

END_OF_DOCUMENT_TOKEN_TO_BE_REPLACED

The world is moved along not by the mighty shoves of its heroes, but by the aggregate, tiny pushes of each honest worker.”  ​Helen Keller

I’ve always loved that quote by Helen Keller, and especially what precedes it: “ “I long to accomplish a great and noble task, but it is my chief duty to accomplish humble tasks as though they were noble.”  Whatever is being accomplished through Mission ConneXion is being carried out by you who are fulfilling humble tasks that are truly gallant.  The real nobles in our book of volunteers include:

END_OF_DOCUMENT_TOKEN_TO_BE_REPLACED

Years ago while working on a city-wide effort in a foreign city I had a colleague who was invited to join our team because others observed how faithfully he had carried out the most menial tasks without complaining when his supervisor had asked him to do so.  He once told me something, tongue-in-cheek, that I have never forgotten: “Everybody wants to be a servant until he is treated like one!”

END_OF_DOCUMENT_TOKEN_TO_BE_REPLACED

A 2015 Venue and Opportunities to Sparkle!

Begin Your Journey… in August!

Recently a businessman, whom I have been getting better acquainted with, confided in me that he has been quite involved in his local church for years and has been fairly fulfilled, but when he attended Mission ConneXion a few years ago, he discovered so many more options and avenues for service – locally and cross-culturally.

END_OF_DOCUMENT_TOKEN_TO_BE_REPLACED

What Mark Will You Leave?

It has been my privilege since the late 1990’s to serve on the US Board of a mission organization that places workers throughout Central Asia.